The MSX, among many achievements – and beyond its incredible library of hardware and software -, has also one of the most complete, solid, and well-designed Operational Systems of the 8-bits era: the MSX-DOS, which above all is signed and published by no other than the giant Microsoft itself!

Before going any further, I’d like to let our readers know that while the book is AMAZING, it is written in Bazilian Portuguese, and currently not available in any other language, nor the author has plans to translate it any time soon. But, why such a magnificent publication is only available in one language, and it is not English? Well, I asked the author the same question, and he humbly explained that he was not expecting a big success for the book and that he initially started writing it as a self-learning experience, only to satisfy his own curiosity. About the possibility of a release in English, possibly in other languages, it will depend if there is enough request for it and if the author finds enough help to translate it properly.

The focus of the book is the well-known MS-DOS (Microsoft Disk Operational System), which is also retro-compatible with CP/M system calls. It has been long overdue that the MSX-DOS gets a book fully dedicated to its greatness. Its simplicity is nothing less than deceiving, as is a full flagged Operational System with features only found in the “big boys”, capable of much more than listing files and running programs.

And that is what Ricardo Jurczyk Pinheiro explored in his book “O MSX-DOS Revelado” (The MSX-DOS Revealed). Currently only available in Brazilian Portuguese, the book explores various topics regarding operating systems: what it is, the file systems, the MSX BIOS extensions, etc… Then it takes on the history of systems and the history of the MSX standard itself, also exclusively covering some real-life stories from the people who actually developed the program, which is incredibly cool to read. Delightful surprise readers encounter while enjoying the well-written material.

The book is as thorough as it could possibly be. The author brings forward a review of every single command, each parameter of the commands, with examples and detailed explanations. Everything in the system is dissected: environment variables, internal functions, versions’ variations, and many other relevant and enlightening details that do nothing less than keep readers interested and curious about what else more may be waiting to be discovered in the following pages.

But, the book does not stop in the Operational System. The author talks about everything related to MSX-DOS 1 and MSX-DOS 2 and goes beyond it by bringing to the mix Nextor, MSX-DOS Tools, BASIC extensions for using drives (Disk-BASIC 1.0, 2.0, and 3.0), system utilities, and also the famous ASCII utility package for MSX-DOS, which most people is unaware of.

Despite its extensiveness, the book is oriented for intermediate and advanced users, but it is amazingly friendly for beginners as well with great tips and tricks for better usage of MSX, certainly the most complete book on MSX-DOS ever written. With its six chapters plus an appendix, and totaling 240 pages, it is one of those books that will find a captive place near to the MSX computer.

You may be wondering why such a magnificent publication is only available in one language, and it is not English? Well, I asked the author the same question, and he humbly explained that he was not expecting a big sales success and that he initially started writing it as a self-learning experience, only to satisfy his own curiosity. About the possibility of releasing an English version, possibly covering other languages too, it will depend if there is enough interest and if the author can find help to translate and republish it properly.

Ricardo J. Pinheiro is a Brazilian MSX enthusiast since when the MSX was first released in Brazil, in 1986. He is one of the members of the team that maintains the blog Retrocomputaria and its podcast, where they talk about retro-computing, and – of course – a lot of MSX. Ricardo is also heavily involved with the MSXRio and RetroRio traditional computer fairs in Brazil, and a regular columnist in the Clube MSX magazine.

With a curriculum like that, it is not a surprise this book is as amazing as it is. 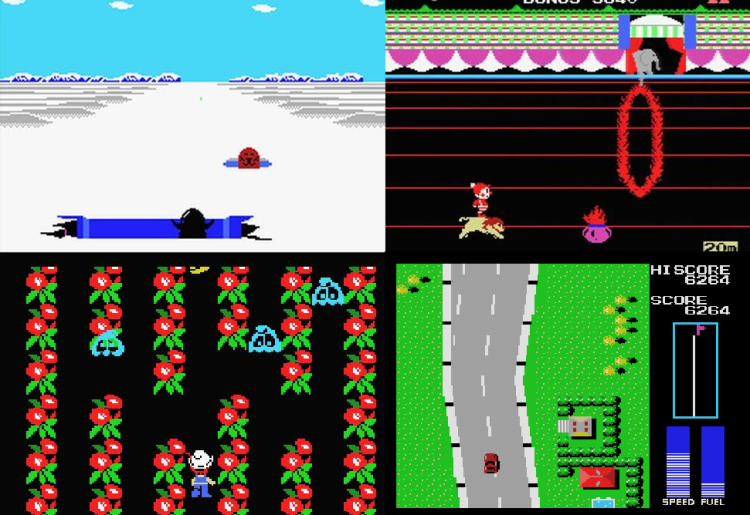